What Do You Need To Know About It? 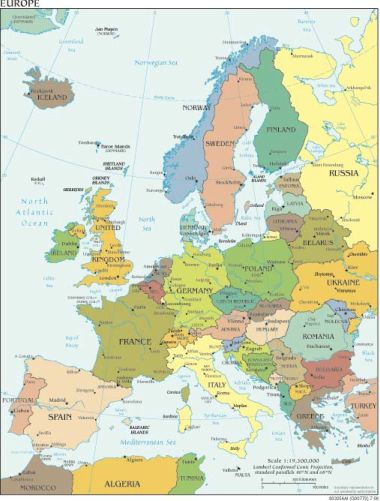 Do you need to be an EPO expert if you are an independent inventor or small businessman? No - not really. But if you do intend to try to protect your intellectual property through patents on a more global basis then chances are you will be dealing with this outfit and it helps to know some of the basics.

I will try to take you through just that. As in other subjects on this site - if you feel a little shortchanged - please ask and I will elaborate. I have been dealing with the Europpean patents for a long time and can help you understand it's nuances.

It did not arrive with hosannas. There were many skeptics (especially in Europe) who felt that even if it survived it would be at best an ancillary patent office to the national patent offices of the member countries.

Wrong - there are now about 100,000 patent applications per year going through the EPO. In fact the success of this regional office has led to the downsizing of several national patent offices. The once prestigious Dutch Patent Office now basically just registers patents from the European Patent Office, as opposed to doing significant examinations of the inventions.

The headquarters is in beautiful Munich, Germany - and is right across the street from the famed Deutsche Museum - always worth a visit. The EPO is regulated by a treaty known as the European patent Convention (EPC).

So what is the attraction? Use of the EPC route to European patents allows you to file one application (in English) that can in theory lead to about 32 country patents. But it is only examined once so you do not need to hire patent agents in 32 countries and fight 32 examiners.

Before getting excited about having 32 patents - understand that it would be prohibitively expensive to do so. And foolish from a business standpoint. But if you feel it is really important to get European patents in say 4-6 key industrial countries in Europe pursuing an European Patent Office patent is a worthwhile endeavor. Not cheap, but worthwhile.

In part II on this patent office we will get into which European countries are included in the EPC and some more interesting facts and about how the EPO system works.