What are the Steps for Getting a Patent? 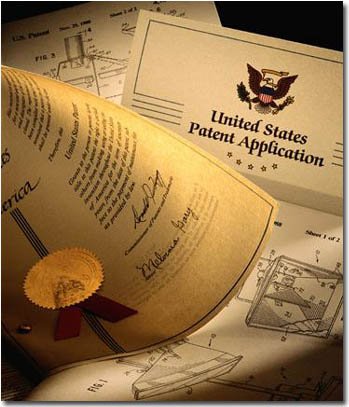 What are the Steps for Getting a Patent? If you want to patent an idea - what is the process to get a patent?

If you want to patent an idea - filing a patent is one of those things you can do yourself. I personally do not recommend it unless you have a lot of time on your hands and are willing to undergo many frustrations. After all, it means dealing with government bureaucracy. This is another place where the use of a professional is recommended.

What we will do here though is talk through all aspects of how to get a patent - not just the steps for getting a patent but even the patent-it-yourself option.

The drafting and filing of a patent, followed by ongoing communications with the patent examiner, is called patent prosecution or the process to get a patent. Patent prosecution is performed by people registered to practice before the patent office in question. The steps for getting a patent are described in more detail in the article linked below on the process to get a patent. The US patent office refers to these people as patent practitioners. You will often see them described as either patent attorneys or patent agents.

Read the useful articles below for more in depth discussion of the steps for getting a patent.

Process to Get a patent
The process of shepherding an application through the patent office is called patent prosecution or the patent process. To better understand the process to get a patent read about it here.

Patent New Matter
Can you add anything to a patent specification or your patent claims after filing a patent?

A Patent Flow Chart
Sometimes, when describing a process it is desirable to show it a a process flow chart. Lets' do that here.

Patent Pending
A frequent question I get from some new clients is "How do I get a patent pending? This is another of those frequently misunderstood concepts in patent law.

Provisional Application Part II
And here we talk about why it can sometimes be used very effectively.

24 Month Provisional Application
A USPTO pilot program that makes it possible to extend a provisional to 24 months instead of 12.

Foreign Patents Part I
When thinking about your patent filing strategy one important consideration is whether or not to file foreign patents. Foreign filing is a complex situation and for small companies an expensive one. If you are interested in better understanding you options please click here for some first thoughts on how to get a patent in a foreign country.

Foreign Patents Part II
There is even more you need to understand about foreign patents (if you are interested). Click here for further discussion.

The PCT Part I
The PCT it can be a bit confusing. Let's talk about the key points behind it.

WIPO Patents?
Is there a world patent? This is an area of confusion for first time applicants. Here is the explanation.

Patent Treaties and Foreign Patents
What are these treaties that define how inventors get foreign patents?

Design Patents
When considering the type of patents one that you may not be familiar with is a design patent. It may not be what you thought. You can read about it here.

Plant Patents
One of the basic types of patents is called a plant patent. Many people outside of the patent world are not even aware of this one. What is it?

Foreign Applicants for U.S. Patent
What are the rules in US patent law for an inventor from a foreign country filing and getting a patent in the United States Patent Office?

The Patent Declaration
Under US patent law one of the required steps in the steps for getting a patent is the submission of an oath or declaration.

Patent Secrecy
Can the US Patent Office Keep Your Application Secret?

Patent Interference
A proceeding know as a patent interference can be instituted in the US Patent Office. It is quite rare but you may need to know what it is.

Statutory Invention Registration
An SIR is not a patent, but can be used to keep others from getting a patent.

The Business of Patent Home Page
Return to Home Page

Getting a Patent Search
Get an effective patent search before drafting a patent.